As we move toward community mapping at the end of our process of reading literature, the mind most commonly draws us toward tangibles—that is, toward things that we can demonstrate to others through processes of measurement, explication, and the like. This is because we have grown up in an education system which orients us to the story of perfection—what I referred to as resting on the balcony in my initial post—a place where we side with observing life, rather than partaking in it, and are always concerned with proving the ‘correctness’ of that which we have observed.

In contrast, a more subtle, ubiquitous way in which we are already involved with mapping out our communities, with giving back in the way that we all feel is right, is what I call orientation, which is the assistance to others in articulating and understanding their own journeys and evolutions as beings in the world. This happens regularly and without structure through informal phone calls among friends, or conversations with strangers at service locations, or emails, letters, or even glances or smiles to passerby. It is a process of love and understanding, and whether or not we realize it, our recognition and affirmation of others ferries confidence and resolution that does, in fact, eventuate in tangible constructions in the world. That is, even the kind glance we give to the elderly man we pass on the street winds up in a gift which he gives to his neighbor. 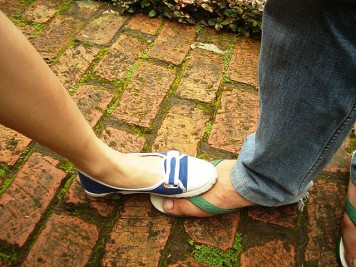 To begin to think analytically about this process of orienting others to their journeys, evolutions, and eventual physical constructions in terms of community mapping, I want to offer a practical guide to the sharing of wisdom. This is because so often in this process, we share wisdom where it hasn’t been called for—or more properly, what we share is more a fortification of our own ego, of our own story of perfection, than it is what’s called for by the recipient of our sharing. In these cases, we damage our relationship with that person, as well as usually leave ourselves flustered and that person annoyed. We feel that what we have shared has been undervalued, and that person feels that the content of their life has failed to be heard, or has been stomped on.

To begin, a good first question to ask ourselves in these situations is whether we have, in fact, been called to share wisdom. I’ll get to what such an invitation might look like toward the end of this post, but for now, let’s discuss what to do in a situation when we have not yet been called to share.

To flesh this out, this might look like a situation in which a friend is struggling, but either does not yet know they are struggling or has not yet asked for help (or both). How do we know that this person is struggling? Because we have lived through something similar ourselves—that is, we recognize our own self and mistakes in the behavior and story of the other, and want to prevent them further pain, want to prevent them walking down the path which we ourselves had to walk in order to learn what we would like to share with them.

Well, the previous sentence outlines exactly what we should do in this situation: wait, and identify. Painful though it may be, there is much we stand to learn if we take this approach, as identifying with another person shows us things about ourselves which we might not otherwise have seen, and which might be painful, or illuminating, or both. This approach exactly mimics that with which we began in our process of reading literature: we stepped off from the balcony and identified with characters who were not ourselves, and through this process, we learned things that later bore fruit in our own journeys. That is, we learned that the apparent difference between ourselves and others, was smaller than we once might have thought. 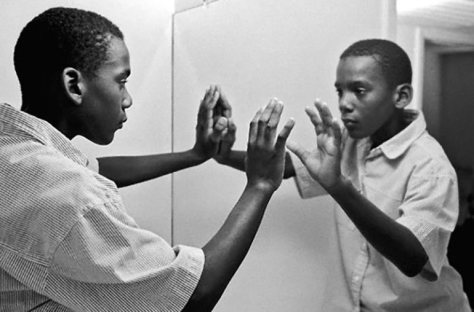 What about once we have been called to share our wisdom? This would be akin to the phase of engaged reading in our process of reading literature, that in which the book has showed up for us, and opened itself to us, and we read ourselves into the characters as they present themselves. Similarly, the key here would be to identify rather than judge, and to do so for as long as possible—this is the suspension of conclusion for the purpose of gaining as much understanding as possible in the situation. Here as in the previous step, we do this not because it is morally right, or some such designation like that, but because it is what we can actively do in the situation, and do for ourselves.

After having been invited for our attention, and waiting, and identifying, the moment may come when we are actually asked to share our opinion with the other person. This would be the equivalent of a character identification in our process of reading literature, when we are asked to step into the vantage of another person’s shoes, see what we see there, and share it with them in the form of first-person writing or dialogue. Here, as in the process of character identification itself, the key to remember is that the person with whom we share our opinion already knows the solution, or course of action, in their own situation—that is precisely why they have chosen to share with us, as an act of courage that might enable them to admit to themselves what they already know. As such, all we have to do is help the other person to see the knowledge they already hold, which we tend to achieve in one of two ways.

First, we can offer a parallel story to that which the other person shares, making explicit that this is about our own lives and the other person may take from it what they wish. For instance, if our friend is struggling with the decision of whether or not to divorce their spouse and we ourselves have divorced, we might preface our sharing by saying that this is our life, not that of our friend, but that here is what we experienced in both the decision to divorce and its aftermath. In sharing in this way, we don’t trample on the experience of our friend—instead, we leave open both the possibility that our friend identifies with our experience, and takes some lesson from it; or doesn’t, in which case the friend will learn something also—they will learn what is true for them by virtue of contrast with that we have shared. In this way, the ultimate product of our sharing is the revelation that our friend’s truth lay within them all along.

As a second option with this same intent, we can simply rephrase that which we hear from our friend, and ask a question about it, a question which can be as simple as whether we are correct in that which we heard. To continue with the example of the friend wrestling with whether or not to divorce a spouse, we might say something like, ‘I’m hearing that you’re struggling with this decision because you worry about the fallout for your children, or your feelings of guilt about your spouse. Are those things true?’ To this, our friend can again either agree with the veracity of that which we share, or contest it; and in either case they will have learned something about themselves, something which might aid in revealing the inner decision which has already been made.

A final point arises in relation to what occurs after we have had the conversation with our friend, and identified, then been invited to share, then shared in a way that still left open our friend’s freedom and responsibility in navigating the course of their own life. At this point, we might or might not attach to the outcome of that which has been discussed with our friend—in other words, we might hope that they take our advice, and feel disappointed if they don’t. This is a lose-lose, only because it’s similar to what we would be doing if we hoped that a character in a work of literature—one into whom we had read ourselves—changed in the manner that had become open to them through this process: for instance, if we hoped that our having seen Hamlet’s issue was really with sarcasm versus vulnerability, Hamlet would suddenly start being vulnerable and change the outcome of the play. If we had done this, we would have seen that Hamlet, like any of us, must learn only by mapping out the contours of the story that has been allotted him—that is to say, the learning exists within the conclusion of the story, and any abrupt steering wide of that conclusion will only stanch the learning. As such, we must accept that whatever our friend chooses, lies within the bounds of their story, and that whatever they learn through making that choice, is something they must learn. All the richer for them, if they continue making mistakes!

As to ourselves, this final detachment from the outcome of our discourse helps us to settle back into the content of our own lives, and to remind ourselves that we, too, are as characters in a story: we exist within the confines of a plot, that which we feel we struggle against and must do; with character flaws, the things about ourselves which we are constantly trying to change, or notice are changing; and with a perceived host of enemies, colleagues, foils, and wise old sages. In this way, we are no different from our friends, even if we perceived ourselves as having been able to offer some bit of wisdom to them at this juncture. Like them, we are but characters in a plot whose contours will forever elude us, and there will be points where we, too, must appeal for advice, and let others identify with us, and try their best to rephrase or emulate the content of our journeys, and where we must, in the end, make our choices for ourselves. Indeed, all this has been established and the case for us long before we entered our process of reading literature.

In the final tally, what’s true about us is that we are never above nor below others, nor able to offer them things which they themselves did not already contain; rather, what happens is that our stories call forth others in order to deliver things to us, and if we ourselves become emblazoned as those deliverers in key moments of others’ journeys, so be it; we are only playing a role that is called forth by the writer who never lacks for inspiration.

(P.S., I said above that I would write a bit more here about what an invitation really looks like, and how to identify one. First, any form of sharing with another person is an invitation to observe and identify, though it is not necessarily an invitation to share one’s opinion. For that, there will usually be a very obvious marker, such as the questions, ‘What do you think,’ or ‘What would you do?’ In even these cases, it’s important to remember what I write above, that the person asking this question already knows the truth of their own narrative, deep down, and that our lasting role here is merely to help them see it, or admit it to themselves. That is to say, nothing we offer will change the contours of the person’s story, or the path they must walk. Lastly, if there is any doubt as to whether or not we have been called to share our opinion, the worst we can do is ask: ‘I’m sensing that you want my help in this situation. Is that true?’)